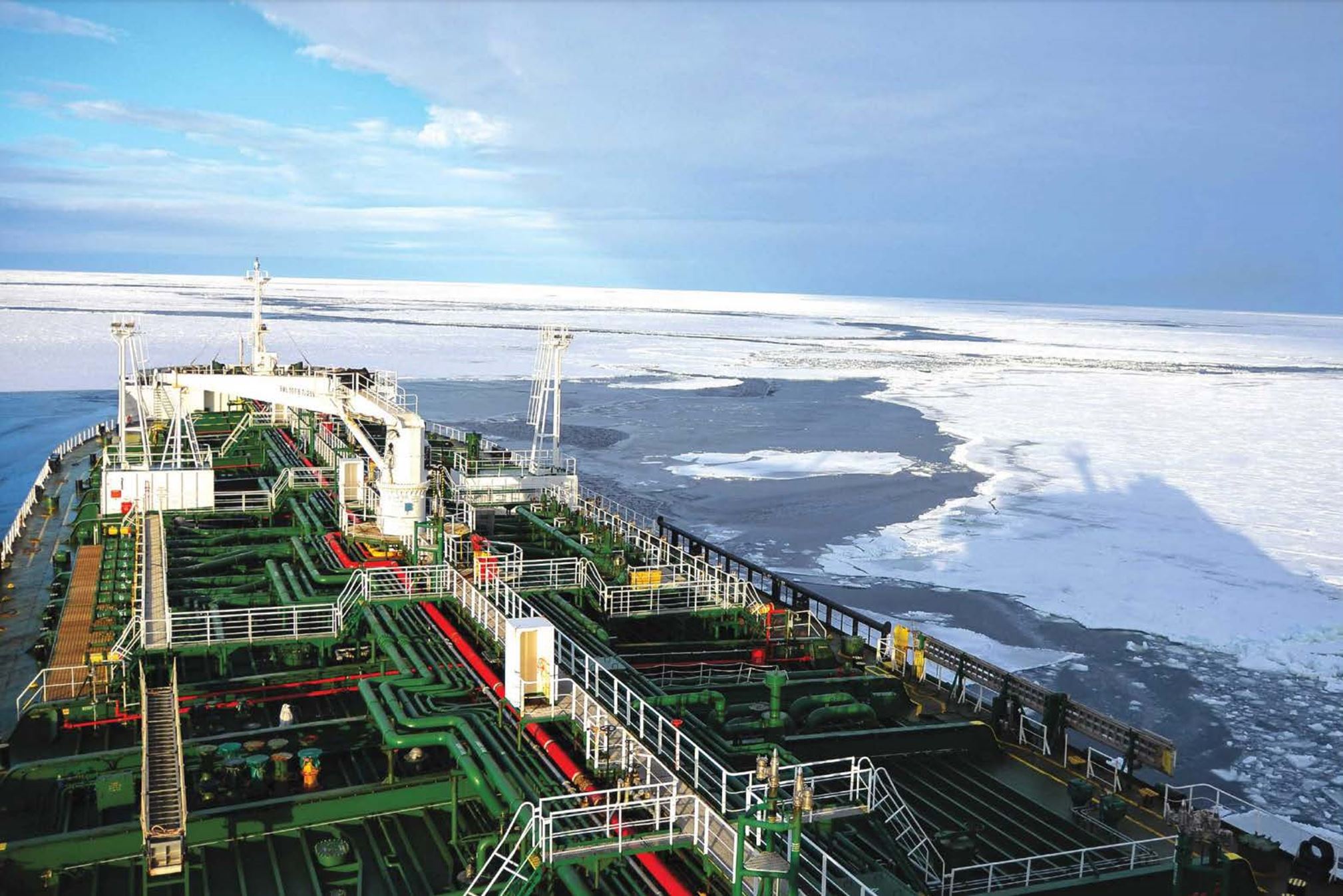 Proven technology as the platform for simplified IoT

While the value of connecting vessels to the cloud and experts ashore is clear in terms of lower vessel operational costs, more safety and reduced carbon footprint, the ‘custom project’ nature that dominates continues to create a high barrier for entry. Commoditisation will reduce the cost and complexity of maritime IoT despite the strict regulations compared to many other IoT markets. In fact the innovative integration of well proven hardware and software is already enabling an alternative for remote access to equipment onboard vessels.

This technology was put through its paces in an extensive trial which combined Danelec’s Vessel Remote Server (VRS) – a low-cost, simple to deploy plug and play module that enables secure connectivity to a Voyage Data Recorder (VDR) – and an adapted version of TeamViewer’s remote support software. The trial started at the end of 2020 on five Interorient Shipmanagement ships, with the aim of testing both the resilience and potential applications of the system.

No stranger to digitalisation, Interorient Shipmanagement was keen to understand how it could better standardise and lower costs for remote access and control on its managed vessels. The company has seen growing use of analytical technologies to assist its ship managers and seafarers in diagnosing potential issues onboard and has already established a paperless safety management module which facilitates control and review of HSEQ, as well as rolling-out electronic oil record books across the fleet.

Interorient Shipmanagement has also introduced several digitalisation initiatives for crew, including access to a Fleet Personnel system where certificates, training and future vessel assignments can be monitored. There is also an anonymous reporting app for various matters that have an impact on crew and a Crew E-Appraisal system, which offers more transparency in the process.

“We will continue with initiatives for further digitalisation and we look forward to being able to reduce a lot more of the existing manual and paper processes,” said Christos Ioannidis, Head of Navigation and Electronics department, Interorient Shipmanagement. “Within this context I am very pleased to see how Danelec is progressing towards digitalisation and enabling remote access to bridge equipment via the VDR.”

The VRS and TeamViewer trials with Interorient Shipmanagement initially focused on a very specific set of applications, with the ability to conduct VDR Remote Management via TeamViewer the initial driver. As part of this, Interorient was keen to test the system for carrying out pre- Annual Performance Tests of the VDR systems on board, a process which would normally require an engineer to visit. It’s a reflection of the simplicity of the system that Christos was able to complete these tests the day that the new system went live on board the five vessels.

“Vessel schedules can be very tight nowadays and any time we are able to save is very important for the ship owner/ship manager, so the pre-APT tool is very useful for us,” explains Christos. “Using the VRS and TeamViewer, we can go through all the sensors and inputs to the VDR and test them, which helps us to avoid additional costs in relation to the APT.”

Further VDR remote access functionality tested during the trials includes remote check of the Alarm Status, which gave Interorient Shipmanagement a health indication of the vessel at any time, remote troubleshooting and on-demand VDR data download. The latter enables the ship manager to retrieve the VDR recordings up-to/after an incident over the air, helping to optimise their immediate response and subsequent reporting.

It was also discovered during the trial that the VRS with TeamViewer could reduce the time and costs of configuring a new VDR or re-configuring an existing unit. This started with a new DM100 VDR installation during dry dock. Usually, in order to finalise the Installation Performance Test (IPT) and receive the Certificate of Compliance, Interorient Shipmanagement would arrange for a follow-up visit while the vessel was in water, so that the rudders would be functioning in order to calibrate analog signals and verify digital inputs.

“In a first for us, we were able to calibrate the signals remotely with the assistance of crew on board,” said Christos. “We downloaded the Dump support file via the VRS while the vessel was sailing full speed ahead. At the same time, the crew noted down the RPM values. We then downloaded a second Dump file again with the vessel sailing half-speed ahead and asked the crew to note down the RPM values at the same time, then together with Danelec, we developed a process to import the information to the VDR. As a result, the vessel received its Certificate of Compliance with zero observations. No vessel delays, no follow-up attendance required and ultimately no additional costs incurred.”

TeamViewer is a globally established brand, perhaps best-known for the TeamViewer Remote Desktop Solution that millions of business and home users depend on to work remotely. In fact, Danelec had already used TeamViewer's Remote Support software successfully in order to support its clients for many years, but it wasn’t until the introduction of a TeamViewer version specifically designed for embedded devices that the commercial potential could be realised. This new version of TeamViewer stood out as an ideal starting point for simplifying access to the VRS, which was already used by some Danelec customers as a conduit to VDRs on board.

“Together with Danelec, TeamViewer built a special version of the TeamViewer IoT agent, that perfectly embeds into the Operating System of the VRS and launches on demand,” said Patrick Giezen, IoT Solutions Excellence Manager, TeamViewer. “With the VRS and TeamViewer's ability to gather and analyse data from sensors, we can consolidate the data coming from the vessel as well as the cargo or other important components of the vessel like a pump, boiler system, communication equipment and other subsystems. With this unique solution, we can create a secured data tunnel to such subsystems and manage these components centrally from shore.”

As an alternative to building a custom Virtual Private Network (VPN), the VRS and TeamViewer combination is much easier to deploy and requires little to no on-going management. An important factor here is the human one, with the ability to control who has access to the VRS via TeamViewer becoming a critical developmental aspect. Ultimately, the IT responsible person or their delegates are likely to hold the virtual set of keys to the system, so approved employees or third parties can gain access. However, in order to ensure access doesn’t become over extended, it can be revoked by a single mouse click within the TeamViewer Management Console. In practice, access would be revoked as soon as the user’s task on the system is completed.

According to Patrick, TeamViewer is also inherently cybersecure from external threats. “TeamViewer does not require any inbound ports to be exposed, which would be a severe vulnerability to enter a vessel´s secured network. With our technology, we create an outbound UDP tunnel, that is fully end-to-end encrypted with no Man-in-the-Middle. The fleet manager does not need to add TeamViewer to his firewall´s allowlist and is able to additionally secure the connectivity by enforcing Two-factor-authentication and Single-Sign-on on the TeamViewer accounts.”

Remote access to the VDR as demonstrated in the trials with Interorient Shipmanagement is a focused use-case for the VRS and TeamViewer combination, but it can be seen as a significant step in opening maritime IoT and vessel digitalisation to a much wider market. The standardised nature of the technology keeps the costs low in comparison to customised networks and the ‘ready-baked’ TeamViewer interface reduces complexity while delivering security.

“The trials with Interorient Shipmanagement have shown us that reliability as well as security of the access to the vessel's network via a satellite connection is of highest importance for fleet managers,” said Patrick. “Combining the convenience and security aspects of TeamViewer with the VRS gives fleet managers new opportunities for remote actions or root cause analysis capabilities from shore. Also, simple tasks like the remote calibration of sensors can now be carried out whilst the vessel is deployed and without interrupting any workflows on the vessel.”

As Danelec moves towards marketing the solution to its global customer base of ship owners and managers, the company is also exploring opportunities in the OEM sector. Recognising that the use of proprietary remote access systems in operational technology further complicates and fragments the mainstream adoption of maritime IoT, both Danelec and TeamViewer see the potential to harmonise and standardise digitalisation on ships. Integration of a VRS in countless sub-systems from different manufacturers would certainly be a cost-effective way to improve the functionality of equipment and indeed, overcome the fragmented landscape of maritime IoT.

“I am very pleased to see how Danelec is progressing towards digitalisation and access to bridge equipment via their VDRs and the VRS, and I am looking forward to seeing future developments in remote monitoring and data processing,” said Christos.